from Solstice to New Years

may our days be merry and bright 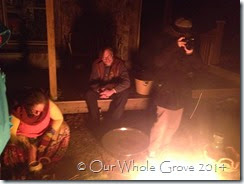 Posted by Our Whole Grove at 4:31 PM No comments: 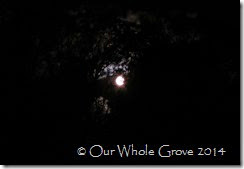 So ready for the door to close and to start anew.
Dumb suppers for many days, since the first hard cold winds began to blow, since the Wyrrd was everywhere and we felt the need to feed passing spirits.
And yet the night before ritual, we didn’t,
and what we left out that night wasn’t.

Now a few weeks later there are no longer any leaves, and we are snow-covered.
We are living our tasks and our days and looking forward
and staying present at the same time. 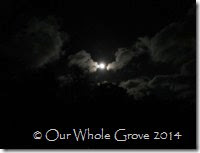 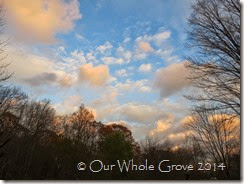 the sun rises later and dark comes instantly now.
weird weather takes us
from snow to 70° and back to snow and cold. 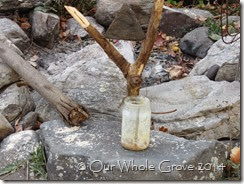 Notes from just after ritual with rants from now in italics,
in no particular order:
for weeks feeding the spirits
beef bones & bunny crackers
bread & fruit & gin
not every night this past week nor even the night before 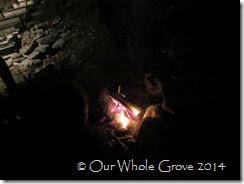 so things lined up and timing went well, we were to have a full house in what became the first snow.
Coming home from a day a week of juggling work and life
and easily set up baking pies and such
pre-thanksgiving like, past Halloween’s overload
a thoughtful Samhain,
lovingly brought into this world like a baby.
Bryan as always crafts fire altars while I am out,
sculptural sacrifice
sometimes seen and sometimes unseen.
who and what is our sacrifice for?
Cleaning and shopping and cooking and filling baskets.
When it all flows simply we realize we are participant in and not necessarily master of ceremonies. 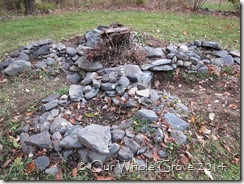 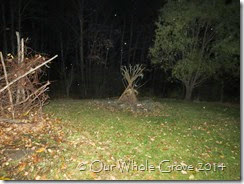 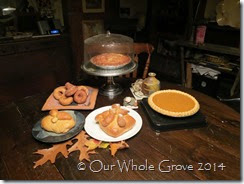 quicker than we thought the darkness came and the moon rose full and alive freeing herself from the trees’ branches  echoing the candles we tried in vain to keep alight. 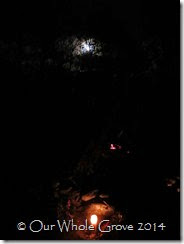 while standing out taking pictures it felt like it was snowing which in fact it was.
the magic was palpable 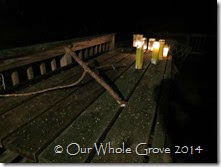 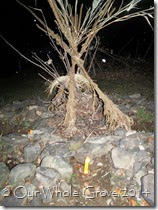 waiting for who would arrive, setting candles in the dark at the 5 circle fire large enough for everyone but so far away in the dark of Samhain
we decided to stay close to home at the fire we had lit
for light for warmth for spirit 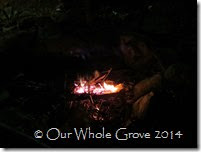 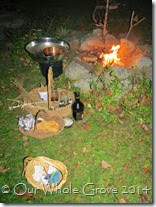 first she comes beautiful and smiling with her new man,
who lived in the artist studio building Bryan & I met in;
then lovely folks we had never met except virtually through the Druid Organization we are all members of;
then more Druids- a whole family with charming toddlers and their friend;
and then another whole family who are friends with our  family.
Wholeness and Holy and Family and Friends
gathered inside with snacks and trucks and each other
while I go back and forth
tending the fire outside, supporting the company inside.
I sat down on the floor to listen to pre-rit
and the little boy comes over and climbs in my lap
and looks up at me and smiles and says
”Are you happy?”
oh yes, immensely happy. 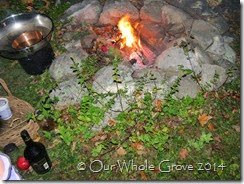 one brought a shiny pomegranate and wore a fine cloak
and played a large wooden flute
which was like from an other world.
others shared dried flowers and silent prayers.
small children offering vibrant roses as sacrifice
older children taking great pictures
and huddling near their moms. 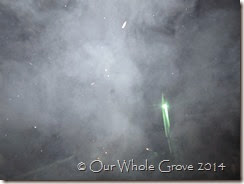 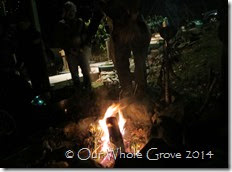 Fires came back to flame with a puff or a flare
I am a good fire tender, I will one day come to own that
hovering over the flame is like being in it
the smoke is like my breath and fills my tears. 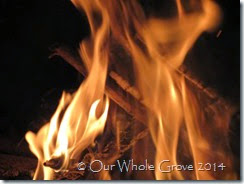 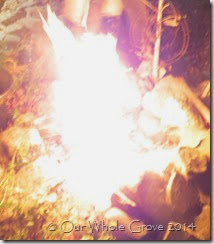 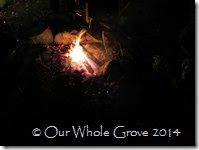 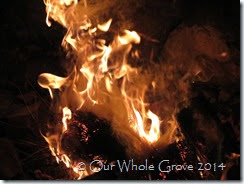 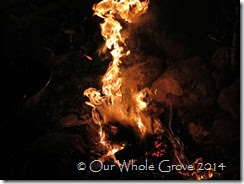 3 things about this ritual from my kid the next day:
it seemed faster (lots of folks in the dark especially kids make for to-the-point ritual) the little kids were sort of distracting (well, yeah, that is the beauty and challenge of family) the Rune ring instead of real Runes was different (Bryan used a ring for Rune casting recently gotten at ComicCon) 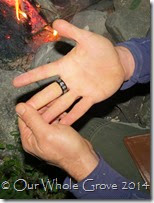 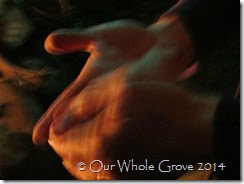 We had to remember the omens because we couldn’t take a picture
OSMU-OSMU-OSMU
from the Ancestors:Odul –Sacred Enclosure,
what we keep safe
from the Spirits of Nature & Place:Sowleu-the Sun
its journey and its motion
from the Gods & Goddesses:Manaz or the Self
for the Season:Uruz -the Primordial Ox, the Aurochs,
the super strength within things 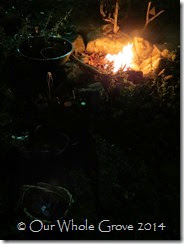 we had our snow-tinged water from our colorful shot glasses
children sharing with their adults.

much later, while we were feasting,
the large fire circle with its intricate and entwined
branches and stalks and sticks
went up in flames from one candle that did not go out.
It burned full and completely and it must have been large. Bryan saw the very end of the sacrifice. 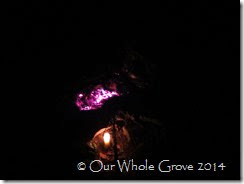 And in the morning the remaining reeds were strewn
like runes
we could not read. 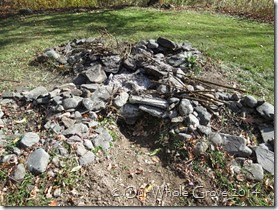 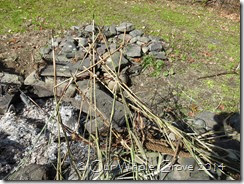 Sometimes rituals and gatherings are so full in the moment, in the being, that writing is hard. And yet without the writing, the telling and retelling of the stories we forget.
Our spine
Our Ancestors
Do what you know
Posted by Our Whole Grove at 10:09 PM No comments: