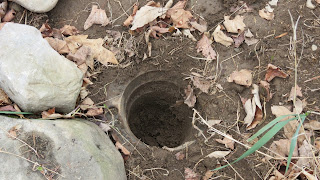 It rained a lot before Beltaine. Which was good.
And with the cooled-down spring we slowly lingered into the season.

The full schedule had already started with work and school and events rolling over each other.
It was Bryan's birthday.
We received our Arts Education Grant Award.
Volunteering our time and energy.
Jobs and driving in between.
Non-stop until the late dusk turns to night.

The May is always thus. 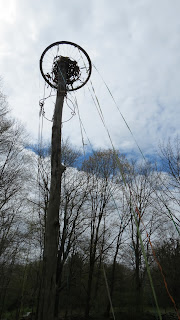 There were many blessings and synchronicities, perhaps as always.
Our dear friend and original Grove member, who had moved away, had just moved back here.
The new ADF Arch Druid and Vice-Arch Druid were coming for the holiday- doing the long drive from there to here in the middle of the night, for a day.
Folks who had never been here connecting with other people they know who had also never been here. 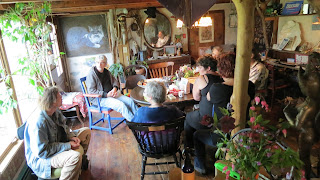 I was up late the night before cleaning and cooking and trying to wait up for our guests but finished and was finished and lay down, waking in the middle of the night sensing them but too asleep to fully come to the reality of not dreaming until the morning.
Coming downstairs to Druids and coffee and sunshine.

Hosting as deep conversation and connections reconnect with many pots of coffee.
Setting up the MayPole, Druids working together with intent, not just us .
The group planning as integral to sacrifice, the grove formation as part of the whole.

It has been a few weeks since our ritual, which was so power-full and so full in so many other ways.
It was hard to get it all at the time other than to just be, to feel, to hear.

Since then summer has come quick.
At that time leaves were dots of color and now they are some of the largest densest foliage ever.
Or so it seems.
What is real and what is perceived or dreamed or thought or thought we thought sometime is interchangeable.

Or so it seems.
It has been high-summer hot for almost a week. We are in need of some steady consistent good rain.
The trees loom much larger than last month, than last year.
Cherries ripen but we will have few peaches.
The flowers bloom in their consecutive color cycle- first the purples and pinks and now the yellows beginning.
I have just planted a small garden and sown some seeds.

At Beltaine it was magical.
People brought many flowers and good food and small cards listing ingredients.
We had a gluten-free table and an other-food room.
We had aged mead and the first mint water and of course coffee.
Conversations and introductions and discussions went long and pre-ritual rant was hours late
and the teenage kid was annoyed, wanting to start on time, wanting regular.
A local burn ban means a small fire.
We set up at the Nematon, bring chairs out for older and younger ones, past fiddleheads and moss,
with sticks and liquids and sage and sweetgrass and flower petals for sacrifice. 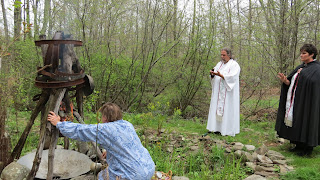 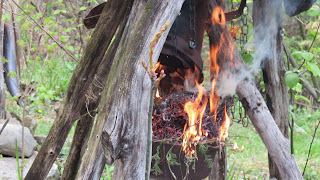 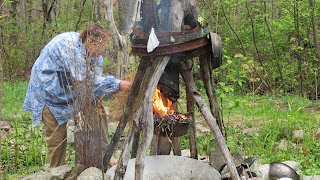 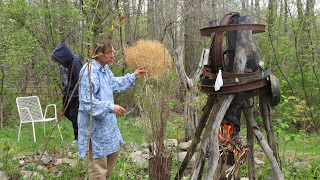 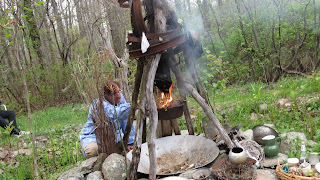 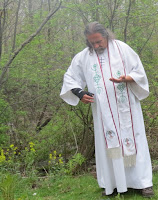 Our Ogham pulled and read by the ArchDruid with the broken wrist.

My notes on the ritual are brief:

Stumbling and Recovering.
Bird Calls.
Human Calls.
Everybody talking and/or receiving at the same time.
Reaching out for resonance between what has been and what will be.
Maypole true and stable.
Tying up all the ribbons and not un-dancing them.
Otherwise I remember being. Feeling my feet on the ground.
I remember how home it felt to hear her offerings in Irish.
To hear the flute or drum like breath.
To see others make sacrifice and pull omens, to understand.

Honored to share ritual with such wonderful folk and our dear Kindreds.
It is good to be both an insider and outsider.  It is about being whole. 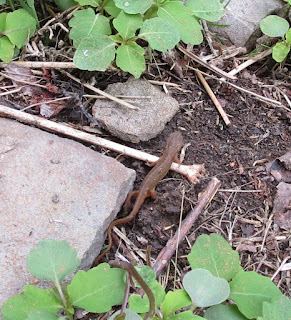 This glorious May is all about wonder and becoming.
Joyful busyness and busy joyfulness and falling-down tired.

The multi-dimensionality of blooming.
Transformative passages of spring to summer down a back road in the dark.
The earliest bird chatter well before dawn, and the scent of flowers or approaching storm in the air. 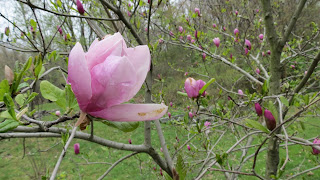 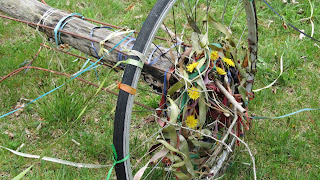 Posted by Our Whole Grove at 3:14 PM No comments: