it snows through sunshine, everything a cast of tans and pinks and blues.
3 weeks is all it takes to notice. We are closer to Spring than to Autumn. 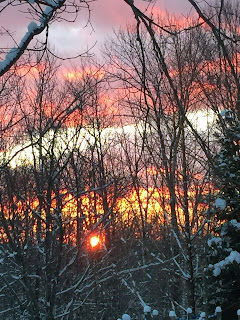 The light rises so quickly and vivid.
Even if there are no crystals in the air, it shimmers with dawn.
Snow has come and gone and will come again.
But then it was just turning, passing through the darkest night to the other side. 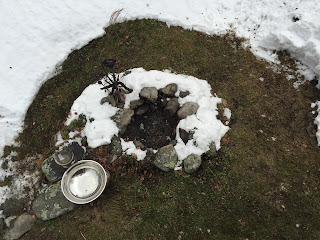 Lately it has been hard for me to take notes after ritual.
Being in the moment has been of much importance.
Being here now.
Seeing all moments as devotional.
So my words here are more recollections based on the pictures
and how I feel now
these weeks later. 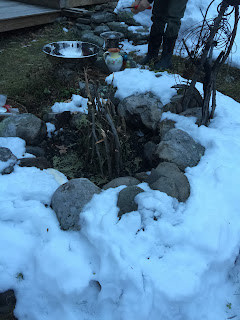 Having dug out the fire pit and then a bit of a melt and then cold again,


there was a frozen base to our fire


that somehow Bryan managed to drive sticks into.
A ring of standing sticks for our fire
one of the remaining ones which, at the exact time several days later,
was broken
for the solstice. 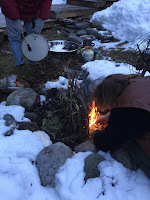 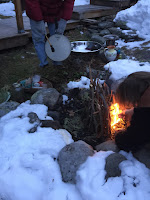 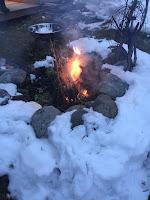 6 Druids gathered in the encroaching dusk welcoming back the light,
praying for the waters, honoring winter, seeking comfort together. 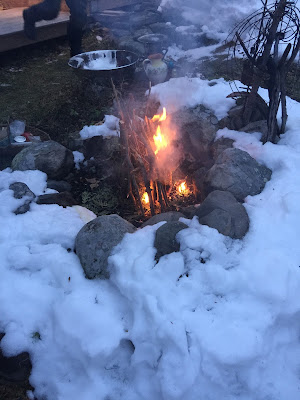 Taking out the outsiders offering
I turn to a sky aglow with pink from lifting clouds
and occluded by our fire's smoke cast a reflected pink.
Otherwordly shroud. 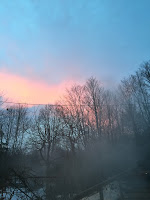 The fire of many forms and spirits. 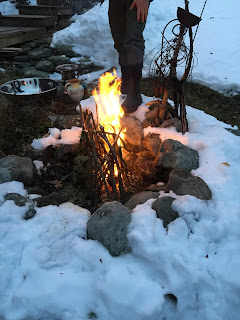 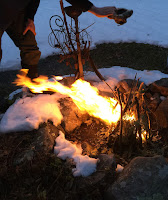 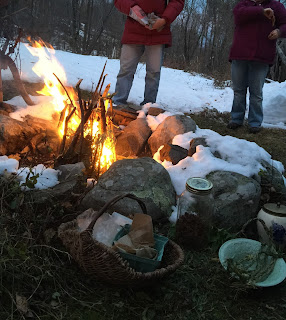 strong and gentle winds
layering around us 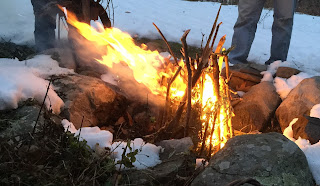 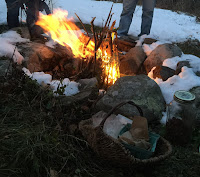 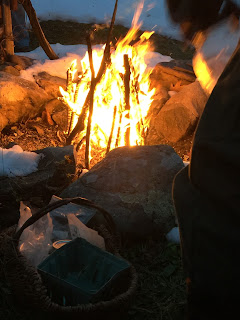 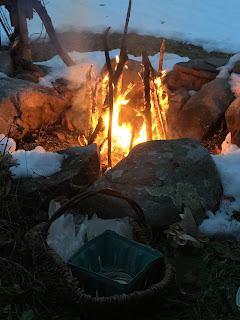 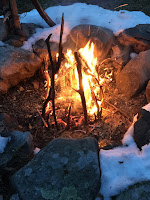 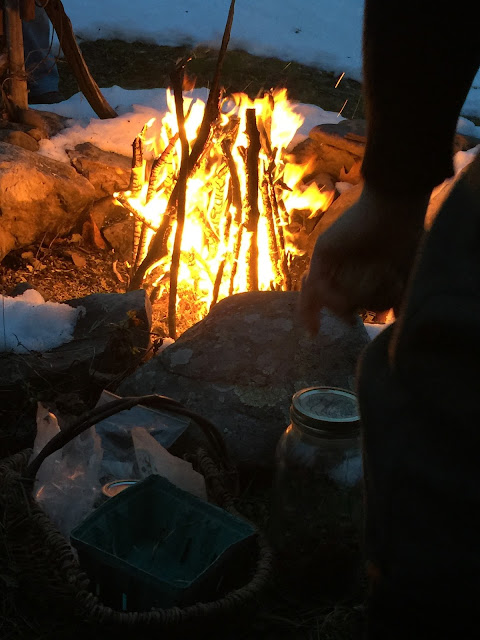 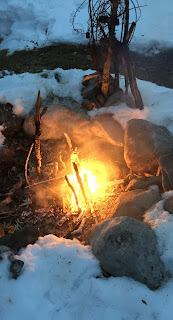 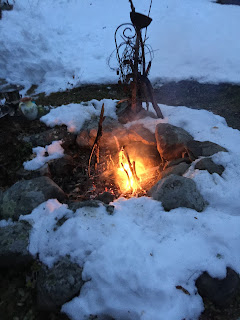 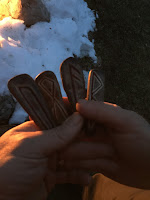 our omens
from the Ancestors: Uruz or the Aur Ox
the Primeval Wild
from the Spirits of Nature and Place: Othala or Sacred Enclosure
that which we hold safe
treasure
from the Gods and Goddesses: Ansuz or the Voice
the wind and the inspired voice of Odin
for the Season:Berkanu or birth or beginnings 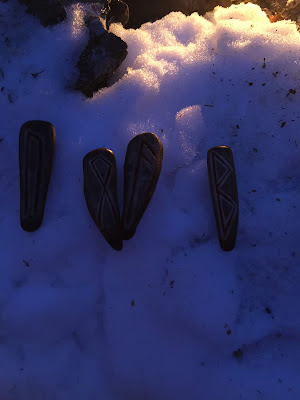 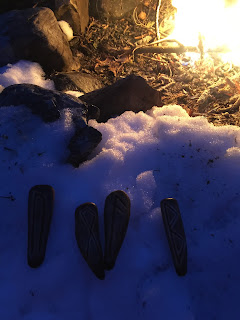 cold clean water to wash down our blessings 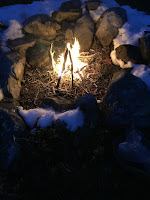 embers long into the dark night 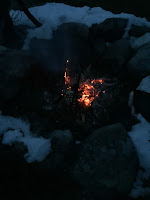 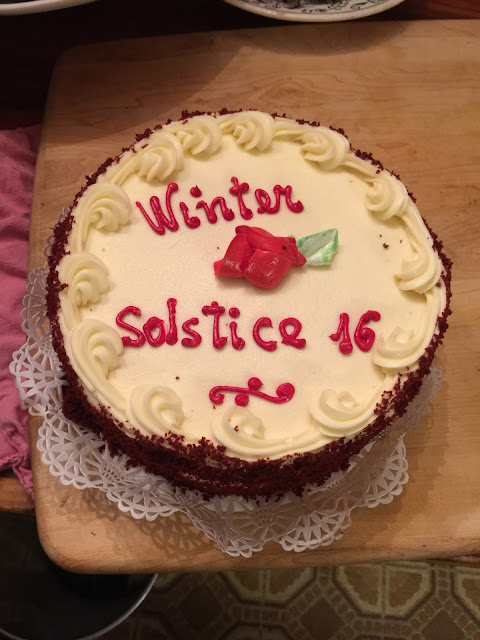 Posted by Our Whole Grove at 7:57 PM No comments: