After the drought, Thunderstorms 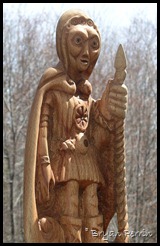 We have survived the season long rainlessness. Watering and watering, leaving laundry on the line, car windows open or shoes outside to tempt the rain.
And now days of rain, some scary and violent storms, some drenching downpours, some gentle and cool.
I am grateful to see the grass green again.
Mushrooms are everywhere. The stream flows.
Temperatures are breathable but the sun is still mighty and intense. Insects are raucous at night.
Some trees faintly pale. Most flowers are making seed.
Tomatoes should ripen in a week of sun and our grapes and late season peaches are about a month until harvest.

Summer rounds the corner and we busy ourselves to make it happen, get things done and work on the list. Lughnasa arrives.

Come celebrate this time of sun and harvest, of power and strength, of show and reward, county fair carnival season. 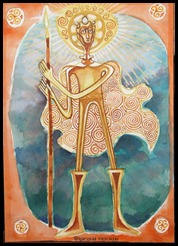 Posted by Our Whole Grove at 8:41 PM No comments:

Bears and Art and MidSummer 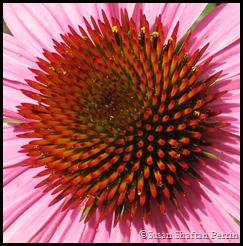 This season has been extra full and now changes are slight and almost imperceptible but charging full on nonetheless. Strong wishes in fulfillment and direct action taking effect. We are powerful beyond our imaginations, but it is that imagination that ignites or perhaps is the battery for that power.

We have experienced the drought of July and finally a day of rain and delightful temperatures. We are sleeping again. The garden has bloomed, we have begun an early cleanup. Not many veggies due to mysterious visitors and the birds have nabbed first the cherries, then the currants and blueberries and now we fight for raspberries. We have lots of unripe grapes and tomatoes but we don’t harvest usually until long after Lughnasa which fast approaches. 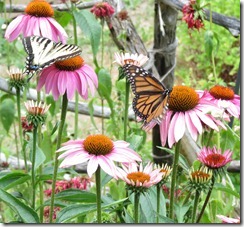 I am a summer baby and thrive in these long days.
And still somehow there is never enough time to get things done.
But maybe that is the nature of things, or at least nature.
Maybe nothing should get done, only cycle around.

But back at Solstice we were just feeling the pull of High Summer, endless afternoons, full woods and flowers everywhere. The whirlwind of the season already nonstop with school performances, environmental events, art classes, and more- each tumbling one to the other with not much breathing room. I guess resting is for the winter.

The week of MidSummer was when the Bears arrived. Mama and her two cubs, first crossing the driveway and then coming down onto the deck and looking in the front door before going to the bar-b-q. We made loud noises which bothered the mom not at all, but sent the babies, not much bigger than a large cat, strait up the tree fast. They came down when Mama went first to the compost, then crossed the yard to a log full of ants.They look so sweet but the power of that Bear ripping apart the log was intense.

No, you do not want to mess with bears ever.
Bear medicine is about patience and strength.
We continued cleaning and preparing.
We have not had her back since.

You never really know what, until it is.

It all happens on purpose.

Almost 100 degrees but not humid, yet the ground at our feet was damp. And the spilled water from the day before was still there in the morning.
Immediately the sun was hot as it rose.

There was what seemed like strange rock in the yard which upon close inspection by first the cat and then us turned out to be a turtle. A turtle that appeared to be digging a nesting hole.
She stayed long after I left but traveled fast when she did and allowed Bryan to follow. 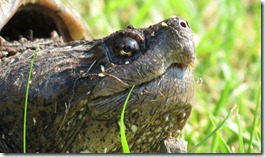 All the flowers were blooming-lilies and roses and daisys and suzys- the first bee balm and Echinacea.

And just yesterday, after the rain after the drought since solstice, I pulled up and thanked spent daisys, trimmed and rejuvenated the bee balm and roses and saw that the Echinacea needs tying up.
A month of butterflies lived in them all.

A hidden iris had just bloomed in the sacred well. Like a representative of our dear Elizabeth, her purple iris presided over the holiday.

Bryan had set up his sculptural fire, but I insisted that he start it before ritual so we would have a center flame as focus.

I hadn’t seen its delicate beauty until after the first flames because I was so filled with a day of work and ungrateful bosses and useless numbers. Once lit it had to be tended to and that necessitated lots of sticks for me to gather in the woods.

Being in the forest gathering sticks is the best meditation. Going through to lose my anger from the day, to consciously let it go.
The out of place barbed wire at the rock wall growing through trees. Moss, one of my son’s first words, beckoning softly. Finding downed branches and quiet.
So many trips through the lushness of the woods for an eternal mini-flame.
Trying to make a continuing fire in the heat of the afternoon sun.
Old logs finally catch. A smoky good fire.

When the outside temperature gets close to body temperature I get very out-of-body stupid and dysfunctional. I had to immerse my head in the shower to come back to normal. Dripping water I came downstairs to gather mint and jumped as Kevin silently walked into the kitchen at the same moment as I. His quiet ways almost a mirror to my overheated imbalance.
I kept drinking ice, touching ice, putting ice into containers.

Brought everything to the fire with bread and butter for the boy as payment for fire tending.

MJ arrives and settles in.
Food in fridge, mint water steeping, slice up watermelon.
Up as soon as I sit.

Susan arrives as I am about to say her name, MJ’s friends soon follow. Everything at the right time, everything for a reason.  Watermelon and ice and introductions.

I tend the fire and Bryan rants about the sun’s energy. This sun is so powerful, life force for our whole planet.
Our Ultimate battery.

Then for the first time I share the Core Order of Ritual with Susan smiling as my other half. Bryan comes back just at the right time and we begin.

We are here to honor the Gods.
Gods & Goddesses who give meaning to life.

Processing with our smudge, a gift representative from another dear friend, one we have yet to meet. Always the birds come too in our no particular order of movement towards.
The dance of aspersion with vervain wand in the was-once icy water.
Getting to your spot in the circle. Boy in a chair.

Earth Mother Milk Fire Circle
Smudge Directions
Well, Tree & Fire
Mananan- bury the fat and burn the sage
Outsiders- especially the Bears- please stay beyond the barbed wire walls
Insider Bridget
Kindreds of flowers. Sweet smell of peony petals for our ancestors. Wild flowers the boy picked for the Spirits of Nature & Place. A large bowl of flowers gone to seed for the Gods and Goddesses.  And a sweet bowl of each of the flowers from around the house for the season.
I love flowers.

Time for all our praise offerings and MJ’s friends step forward with the Despacho, what looked like a packet of folded parchment two hands big. The bundle of Peruvian tradition of wishes and prayers and intent.
They had made it just prior to ritual – a mandala of flowers and grains and beans and seeds wrapped in a package to receive our prayers and 3 breaths and pass it on.
One by one around the circle in the silence of our breath,  with not even frogs speaking, it passed until, at Alice’s breath came the sound vibration of a plane, not a noise just waves of silence moved.

And then the Despacho and our breathing prayers went into the fire and though paper it did not flare up, just a steady burn.

Then Susan offered her rose petals floating through the smoke, then me and a bunch of lavender. Then Johnny True Mirror zen-carnival-like offers his pocket lint/jam- cleaning out the way for new. Then MJ takes handfuls of rose petals and offers them. We have a fire of flowers and gratitude, wishes and dreams and smiles, and a bit of lint. Then Kevin slowly steps forward and picks a few grasses, twirling them gently in his hands as he gives thanks for our practice of the old ways and offering them to the Kindreds  as thanks for the tall grasses protecting the baby animals here now.

Then Bryan places the two X-shaped bundles of last year’s dried milkweed stalks on the fire. Susan, Kevin and I blow 3 times and it all catches flame as Bryan pours out runes by the well. They fall in an almost perfect square.

the smudge burning throughout all gratitude accepted.

the waters of life, once iced now just cool and always welcome and refreshing.
singing wine goblets, drink the water like you breathe.

Handfuls of rose petals as thanks