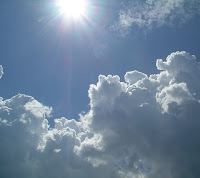 What an amazing ritual we had.

Once again we were just our core- Elizabeth, Bryan, Hudson and me.
Bryan had been building the fire-to-be for weeks; like a beaver’s mound it grew and we’d been placing offerings there all season - apples downed from our tree in a storm, dried pea pods from the garden, last year’s black eyed Susans from the mantle, sweetgrass and other herbs harvested.
All day Bryan told and retold the stories of Lugh and the Fumorians and the Dagda and the Fir Bolg and the interrelations of these peoples and their battles and who was kin to whom and their magical arts and feats and honors. And we fed the Lugh and Crom Dubh idols beer and tomatoes and tried to take pics but the camera wouldn’t focus (for this day only!) which led me to think that they were glad for the beer but didn’t want to be seen drinking it – Bryan wanted to catch their change of expression as they consumed the brew, but they just smiled and temporarily broke the camera.

Elizabeth came all purple in a newly made dress carrying a basket with flowers (of course) and stuffed “8-ball” zucchinis and incredible blueberry Lughnasa mead. We shared yummy local cantaloupe-orange and sweet-and some of Bryan (and Hudson’s) homemade Mr. Beer beer and got down to a real (proto)grove meeting - discussing first and foremost what’s in a name and what is the reason for forming officially and how to stay true within that framework. And we got a calendar down for the rest of the year – so mark yours now – Vernal Equinox ritual : Saturday Sept. 20th, Samhain ritual: Sunday Nov. 2nd, and Yule ritual: Sat. Dec. 20th (we like the inadvertent symmetry of the holidays).

With our fine summer feast on the table, Bryan rushed to the field to take down the Maypole before we ate. I made offerings into the hole while Bryan and Elizabeth marched our huge pole to the stone wall to rest for another year.
Then we filled our bellies and shared again with Lugh and Crom Dubh and readied for ritual before dusk set in. I gathered some of all of my flowers from the garden, marveling at the variety and bounty that we have this year. We bundled up and dressed up, Hudson got a pillow, the rest of us gathered our offerings and we processed silently to the large 5 circle fire pit, in the middle of what was so recently the daisy field surrounded by the stream, our vegetable garden, Bryan’s sacred tree circle and the sounds of summer’s evening.
We settled down, finding our space, locating the directions and our center and listening. Meditating on the silence: on the sounds of the bugs, the stream, a cold and sleepy boy, our feet on the earth.
We sat on the earth as Bryan made offerings to the gates and Mananan, outsiders and insiders, special Kindreds and the season. But mainly it was the fire.
We knew it would be big, but as always there is the hesitation of will the fire catch, will it burn at all, and will it be safe- this one was all of that and more. On the second try it lit and the smoke curled upward toward the barely darkening sky and then I can’t remember much but the giant cylinder of flame roaring up and full. We were no longer cold. There was a large and silent respect for that fire, for the giant flame- receptacle of our sacrifices. Bryan made simple offerings of mead and everything was gentle in the light of that great flame. And although the fire roared it did not seem dangerous, just full and full of spirit and light.
We each offered our
Silent prayers and sacrifice-
A peaceful release.

Echoed by the sound-
Waves of the Tibetan chime.
Everything flowed well.
Our omens for the season:
From the Ancestors - Thuriz – thorn or the hammer meaning protection or defense - either the ancestors protecting or defending us or us guarding on behalf of them, (protecting ancestral ways came to Bryan)
From the Spirits of Nature and Place – Odul or Othalla- a sacred enclosure or a protected keep
From the Gods & Goddesses –Ingwaz – a growing seed, expansive – fertility
For the Season – Jera, a year’s cycle/harvest
Bryan says the first 2 runes relate to each other and have this idea of protection and specialness while the last 2 runes imply repeated, never ending cycles. The first 2 runes are like the inside of the wheel or circle and the last two are like its movement.
[Especially after our grove meeting, Bryan understood these omens to also particularly pertain to our grove: protecting the old ways and Nature is what we hold precious.]

With that very clear, the fire strong and the sky a deep brilliant blue Bryan hallowed the waters which were in a rounded blue glass bottle. He held the waters over the fire; I could see the firelight thru and in the glass and see the blue sky thru the water. The color of the skylight was reflected in the bottle’s translucence. It was pretty incredible. And felt very special. And tasted good. Truly the waters of life.
With Bryan giving the last of our offerings and Hudson ringing the chime, we once again thanked to our Kindreds and we closed the ritual much quieter and fuller and renewed.

We processed home and, forgoing dessert, went back to sit near the embers of the fire, looking at the first stars and relfecting together.
Posted by Our Whole Grove at 4:43 PM